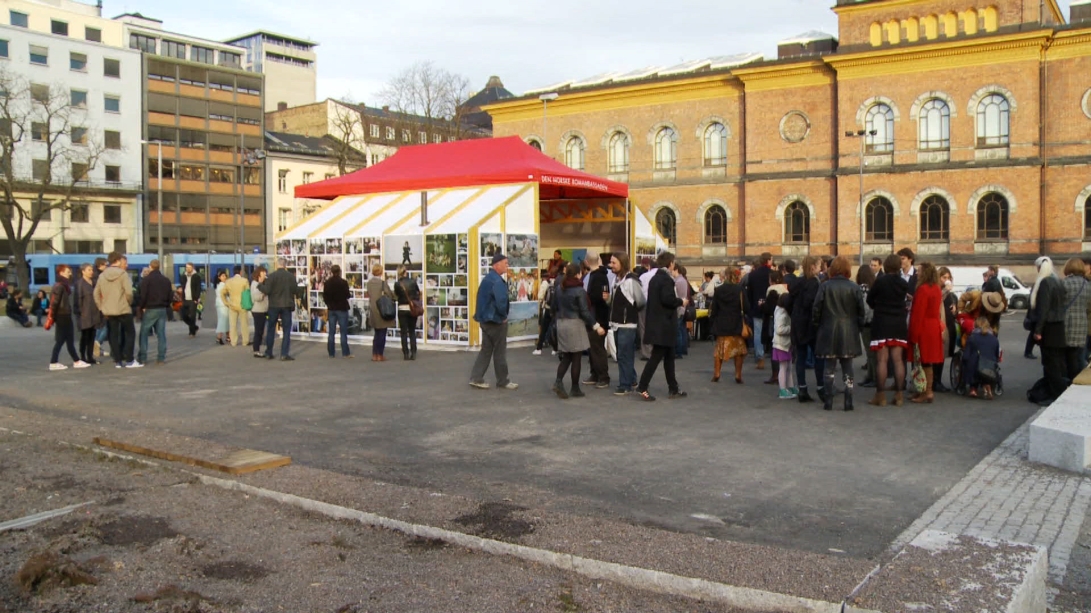 The Roma Embassy was initiated and built by FFB (The collective project: For a denser concentration of the city) and was a temporary cultural house for the Roma population of Norway in a central city centre of Oslo. The Embassy hosted a two long week cultural event program with historical seminars, language courses, filmscreenings, foodtastings, parties etc. An important purpose of the project was to address the Roma peoples need for a cultural house in Oslo, a cause they have been working to get for years.